Amsterdam, London, Paris, 12 September 2015 - Arqiva, the leading communications infrastructure and media services company in the UK, announced today that it has signed a multi-year commitment with Eutelsat Communications (NYSE Euronext Paris: ETL) for a 14th transponder at the 28° East video neighbourhood, to serve the UK DTH (Direct-to-Home) broadcasting market.

Arqiva’s strong portfolio of capacity at the UK’s premium neighbourhood, combined with encryption, multiplexing and uplinking services, position it as a key partner for channels seeking to engage with Sky and Freesat homes. The additional capacity will expand Arqiva’s extensive digital multiplex offering and broaden the options available to its existing and future customer base.

David Crawford, Managing Director for Satellite and Media, Arqiva, said: “Arqiva’s multi-year agreement with Eutelsat not only supports our continued growth in the satellite market, but it also confirms our long-term commitment to our customers, and to delivering them service excellence at great value.”

Michel Azibert, Chief Commercial and Development Officer at Eutelsat, added: "We are proud to meet the exact requirements of the largest satellite and media service provider in the UK. The Arqiva team has its finger on the pulse of broadcasting in the UK and we are delighted that our satellite capacity forms an integral part of their response to customers."

Where to meet us at IBC: 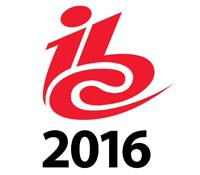 Arqiva provides innovative and secure communications and broadcast technology. We’re extending the reach of mobile communications, shaping the future of broadcast, liberating WiFi for brand owners and unlocking the potential of the Internet of Things. Customers include major UK and international broadcasters such as the BBC, ITV, Turner Broadcasting, Sky plc; the independent radio groups; major telco providers including the UK's four mobile network operators; and retail, leisure, energy and water companies.