Paris, 27 July 2020:  The World Teleport Association (WTA) has renewed the Tier 4 certification of Eutelsat Communications’ (Euronext Paris: ETL) Rambouillet Teleport in France under WTA’s Teleport Certification Program, following an audit of the facility by the association.

WTA’s Teleport Certification Program serves both teleport operators and their customers by creating an objective, transparent, and internationally accepted method for teleport operators to document the quality of their operations for customers and strategic partners. It also provides a means for customers to select teleport vendors delivering the price-performance level that is appropriate for their applications. Full Certification is issued at a Tier number from 1 through 4, of which 4 represents the highest degree of excellence, and remains in effect for 3 years.

José Sanchez, Eutelsat’s Director of Service Operations said: “We are delighted at the renewal of Tier-4 WTA certification. We were the first ever satellite operator to obtain in it 2016 and the first ever teleport to certify Tier-4. To consistently achieve this highest level of certification testifies to the commitment of our teams to providing the highest quality of service to our customers, as well as the remarkable performance of our facilities at the Paris-Rambouillet teleport in terms of infrastructure, security, organization and operational procedures. The WTA certification program launched in 2015 has become the most important instrument of the Association to raise the standards of the industry. By renewing our certification we exemplify our commitment to excellence.”

“Our program, launched in 2015, is achieving maturity with the first wave of renewals of certifications providing independent, standards-based evaluation and validation of facilities, technology and operating procedures,” said executive director Robert Bell. “Eutelsat is representative of the excellence found throughout our sector.” 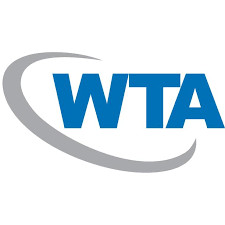